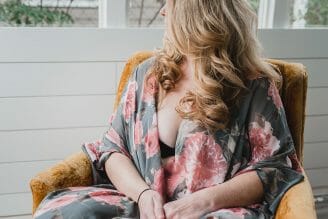 Melody had specific things in mind for her pregnancy, birth and postpartum with daughter, Molly, but life had an unexpected birth journey in store for them instead. She participated in our fourth trimester bodies project with Joy Lifestyle Photography to spread hope to other moms who are going through situations. Keep reading for Melody’s telling of her birth story (and to see her project photos).

A few days after our 20-week scan we got a call from the genetics department telling us they thought Molly’s right hand might be missing, that they couldn’t see it on the scans but it might just be hiding. They wanted us to come in for a more detailed scan and meet with a genetics counselor but they couldn’t get us an appointment for a few days. So we waited an excruciating three days just sitting on this upsetting information. We went in for the appointment and found out that she was indeed missing her right hand. From what they could tell they thought it was from something called Amniotic Band Syndrome, where the inner lining of the Amniotic sac ruptures and small fibrous bands can get into the fluid and attach to parts of the developing fetus and cause restricted growth or partial or complete amputation of body parts.

We were told that the rest of her seemed to be unaffected but that we would need to come back a few more times, further along, to be sure there was nothing else wrong. As much as this news was upsetting and a shock, even more upsetting was that the doctors first option offered to us was to terminate the pregnancy. We were not at all interested in even considering termination. However, after getting this news I felt so scared about what this would mean for her in her future, how other people would react to seeing her physical difference, and even worse, how I would react to what her little arm would look like (which in turn cause overwhelming guilt), and it robbed all of the joy I initially felt when I found out I was pregnant.

I was on a constant emotional roller coaster of anger and sadness. I had quite a few friends who were pregnant or had just had babies and I found myself so angry at them – why did they get to have babies with all their limbs? I felt so isolated. I was angry at my sister and my 2-year-old niece every time I heard her say to use both hands when picking something up because I would never be able to say that to my daughter. Throughout this, I clung to the fact that my birth plan was to have a natural home delivery and I tried to focus on that since I had a wonderful team of midwives and was set.

When we went back for our next scan around 32 weeks they told us that everything looked good but that she was breech. At our 34-week appointment with the Midwife, they confirmed she was still breech. I started to do anything and everything that was recommended to try and get her to turn head down. Nothing worked. At 37 weeks she was still breech so we decided to try External Cephilac Version, and I was hopeful that it would work. After 20 minutes of trying to turn her and the worst pain I’ve felt so far in my life she wouldn’t budge. I left that appointment in tears and feeling more and more distraught that it seemed like my dream of a home birth was becoming more and more unlikely. At 38 weeks I reluctantly scheduled a C section for 40 weeks.

The next two weeks I continued to try and get her to turn but was unsuccessful. So the time came the night before the c-section was scheduled and we called in to find out when we would need to be at the hospital. We went in at 6 a.m. on Friday, Oct. 20, 2017. My Midwife, husband, sister and good friend were there with me. My husband was a nervous wreck. I was putting on a brave face but inside I was a mess. Our Midwife was allowed to come in the operating room with us to help support my husband, which was a lifesaver.

I knew that I wanted to breastfeed and since the rest of my pregnancy and delivery had been so disappointing I put a lot of importance on that. That somehow if breastfeeding went well it would redeem the fact that nothing else had turned out how I had hoped. But then Molly wouldn’t latch. And it was SO painful. So I spent the next 3 days in the hospital making attempts to get her to latch and in-between hand expressing colostrum. I had bruises on my breast from trying so hard to get as much colostrum out as I could.

Despite my best effort to feed her, she had dropped 13% of her birth weight by the time we were discharged and at her appointment with the pediatrician the next day they pressured us to supplement. So we did one feeding with formula and then I was able to get some donor milk till my milk had come in. We had to feed her with a syringe for almost the first three weeks of her life because her mouth just wasn’t big enough to latch. We met with multiple lactation consultants and finally was able to get Molly to latch but I was still having so much pain.

Sleep deprivation was really taking its toll. My husband went back to work after three weeks. Then one night I was up for what seemed the millionth time to feed her and she screamed and cried and refused to latch and I got so angry that I felt like I wanted to throw her across the room. Then I was terrified and felt so guilty for having that thought. I called my mom and had her come sit with me for the rest of the night.

The next day I contacted my midwife and my OB and worked on getting myself some help for dealing with postpartum depression. At that point, I decided to just pump and bottle feed for my sanity. We did that for two weeks and I felt like that was almost worse because I was constantly hooked up to the pump (kudos to all the moms who exclusively pump, I don’t know how you guys do it – truly a labor of love). I was feeling so discouraged and down on myself and angry that my body seemed to be failing me every step of the way. Why was everything so hard? What was wrong with me? Wasn’t my body supposed to be built to do these things?

We Were Finally Successful

After a few more weeks of working with a counselor to get my anxiety and depression under better control and finally being able to get a tad bit of sleep, I decided to try breastfeeding again. I persisted at every feeding to offer the breast before and after every bottle and finally, after about a week we were finally successful! Unfortunately, I was still having a significant amount of pain when nursing and we finally found out that Molly had a posterior tongue tie. We just recently had that revised at 11 weeks and now we are finally nursing mostly pain-free! Needless to say, this has been a difficult start so far but I am so glad that I persisted with breastfeeding and feel so proud that we were able to make it work finally.

As far as how I’m feeling about my postpartum body? I feel like my recovery from surgery was not nearly as difficult as I anticipated it to be and I am so thankful for that.  But I do feel frustrated that at 3 months postpartum I am still not even close to where I wanted to be in recovering and rebuilding my pre-pregnancy strength and endurance (I’m a firefighter) but I am trying to be gracious with myself.

I decided to participate in the Postpartum Bodies project with Joy Lifestyle Photography and Navigating Postpartum/Navigating Parenthood to encourage myself (and hopefully others) to try and learn to love our bodies and be proud of the fact that we grew little humans in there even if we aren’t able to bounce back as quickly as we hoped. 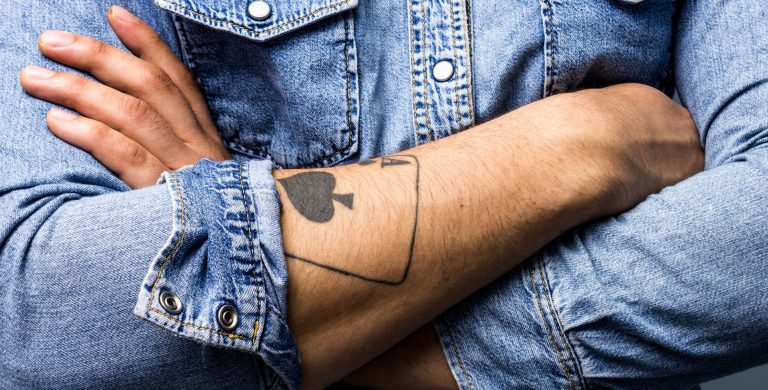 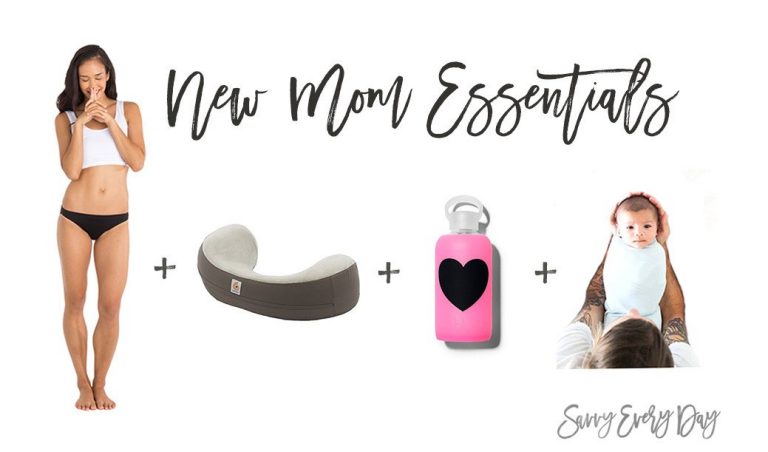