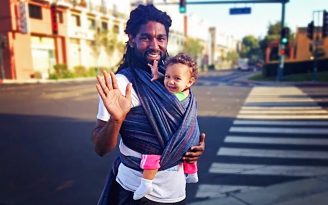 No mom can resist a babywearing dad — it’s true — moms love when dads make the effort to babywear and be actively a part of their kiddo’s life. It makes us all mushy, really. So if you’re hesitant about wearing the baby in your family, don’t be. Not only are there so many more babywearing dads than you may imagine, but these dads are building strong relationships with their newborns, little ones, and even big kids by carrying them close (not to mention the bonus points they’re getting from their partner). Six moms from around the world sent in photos of the babywearing dads in their life, along with a little bit about what they have to say of their man’s babywearing journey, and what he thinks about babywearing. This is a tribute to dads who babywear and to encourage more men to try it out. These 6 men prove that there isn’t a “type” for a babywearing dad — they may not have a lot in common and live in very different places but all of these men babywear and love it!

After I began wearing my daughter more often, I grew to understand that babywearing gave me the feeling of not only being her father, but also her protector. . . babywearing has become our true bonding experience.” —Raphaél Wade 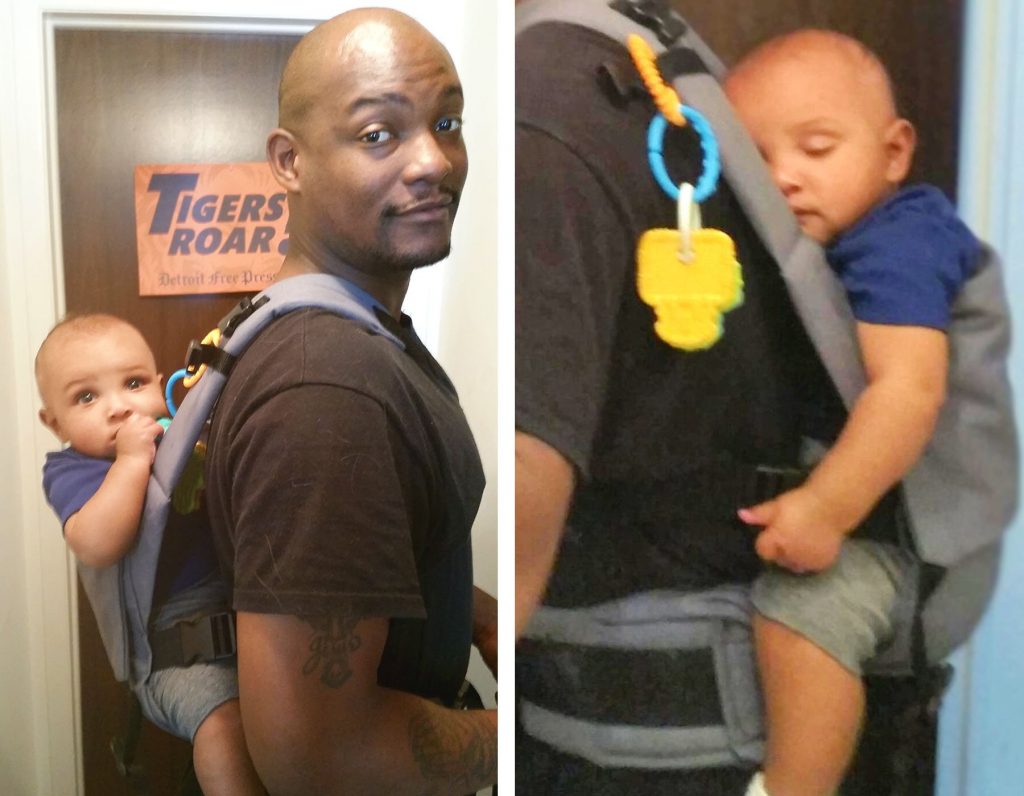 Carry: Back Carry in an Action Baby Carrier

His Thoughts on Babywearing: “It’s been fun and convenient! It’s great being hands-free and getting stuff done. My mom wore me and my siblings in carriers [too]. I started with a Baby Bjorn that my wife got from a friend, but it wasn’t that comfortable so she got me the ABC and it was really comfortable. I wore him to a Detroit Tigers game and loved it. It was great being so close to him.”

What Chauncey’s wife, Emily, has to say about his babywearing journey: “I came home from work between clients and found my hubby babywearing and cleaning! It was amazing. But he noted some limitations to wearing the baby in front while cleaning, so I helped him put the baby on his back. Baby was sooooo happy and so was hubby. I left to go back to work and hubby sent me a pic later with baby sleeping. Hubby seemed so proud and happy that he cuddled right up and went to sleep.” 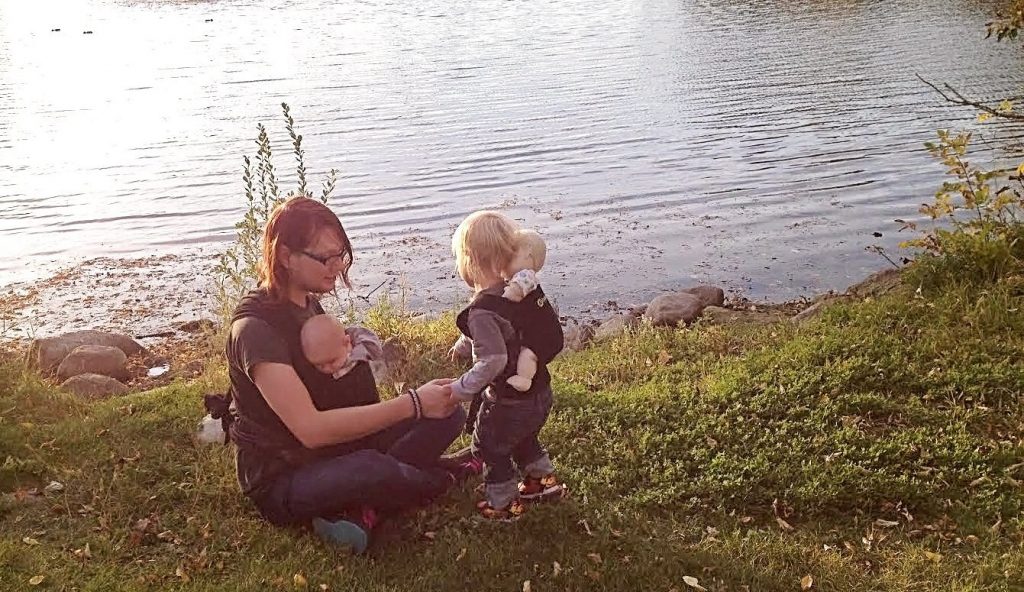 Level: Proficient, and teaches other dads at babywearing meetings

His Thoughts on Babywearing: “Babywearing has helped me create and maintain a closer bond with my kids, and the added time together has been priceless.”

What Steve’s wife, Sharon, has to say about his babywearing journey: “Steve has worn our babies from birth. It started out as a way to feel like he was doing something with our newborn, and evolved into a passion for keeping him close and helping others do the same.” 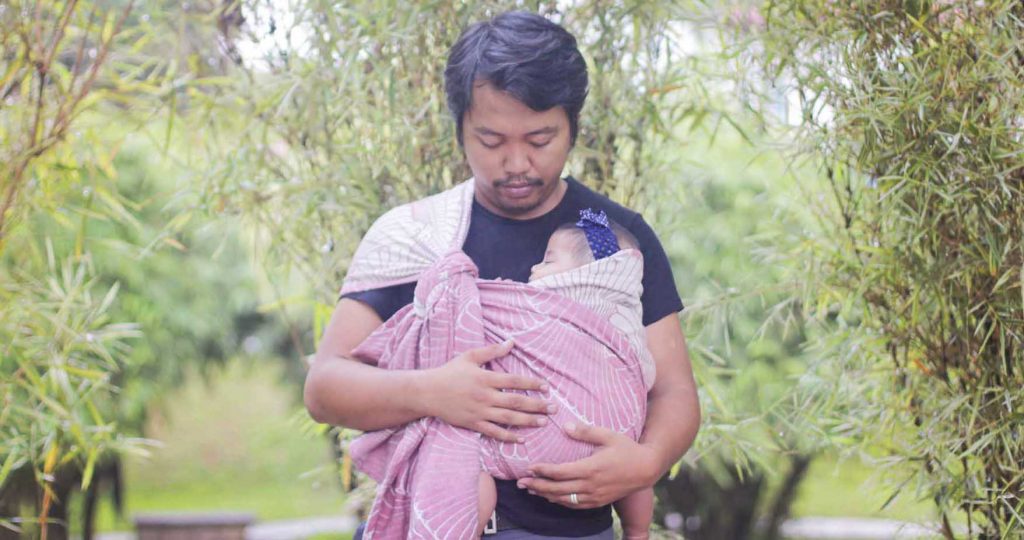 His Thoughts on Babywearing: “Babywearing makes me feel like I’m protecting the world — as if I am a superhero — and in a way, I am protecting my world. It makes me a better dad to have my baby girl’s heartbeat next to mine [and] to know that everything is OK, hat she is OK. I know I cannot protect her forever. For now, let me try.”

What Izdihar’s wife, Lisha, has to say about his babywearing journey: “He started babywearing because we didn’t know any better and thought I wouldn’t be able to babywear after giving birth (it was an emergency Caesarian birth). He says I have breastfeeding to bond with the baby, let him have babywearing. On that particular day, the photo was taken, we were just enjoying time with each other, spending time at the park introducing baby to specific natural things: “hey look, a bird.” That didn’t last very long though — 5 minutes in the wrap and she was sighing into a deep sleep.” 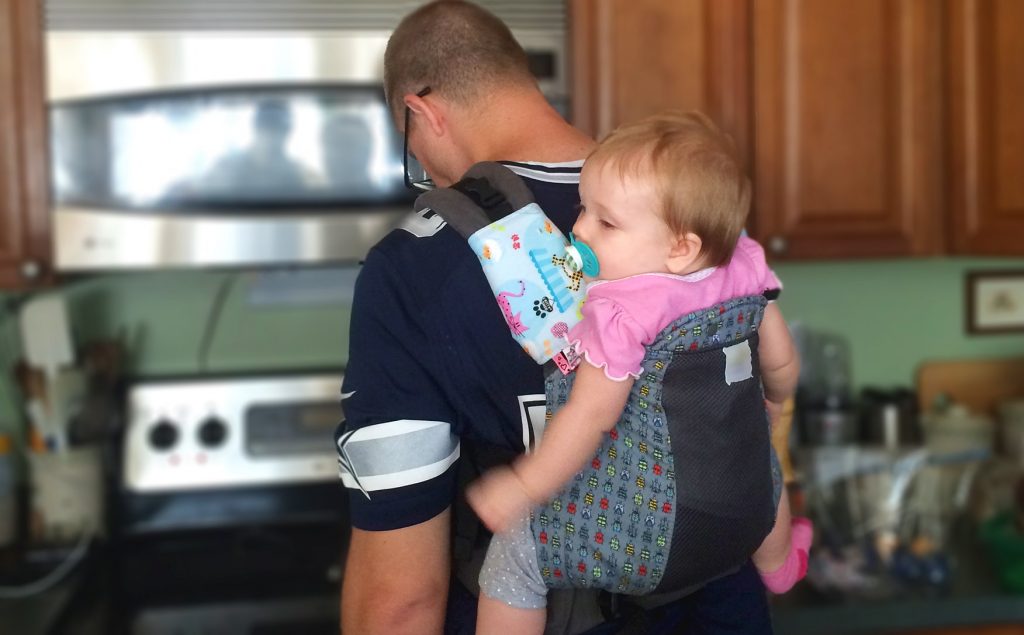 His Thoughts on Babywearing: “When I wear [my daughter] in a front carry and she looks up at me nothing compares. I can’t even begin to describe what that feels like. She totally relaxes when she’s being worn and can be involved in whatever I’m doing. Plus, it’s convenient: Two hands are way better than one.”

What Kyle’s wife, Chrissie, has to say about his babywearing journey: “Kyle started babywearing when Kenzie was about a month old. He saw how much easier it was to get things done around the house and how much his little girl loved it. He’s tried a Moby, ring sling, and Kinderpack (current favorite), and always gets lots of compliments wearing in public!” 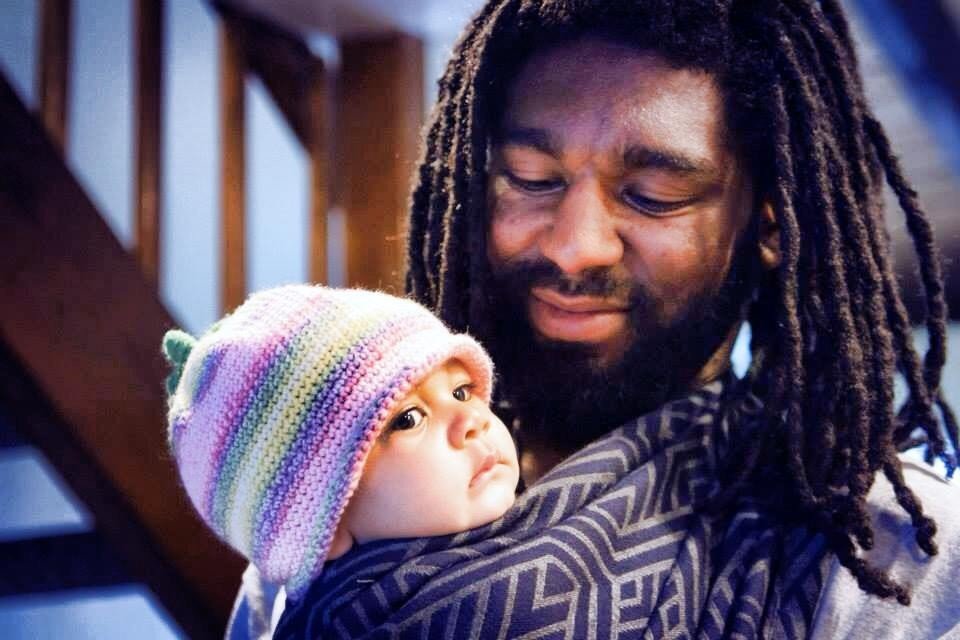 His Thoughts on Babywearing: Babywearing?! What was my wife talking about? [When she] showed me an array of people wearing their baby wrapped in long pieces of fabric I thought to myself, ‘This looks awesome!’ I was really excited, but kept my cool and tried not to show too much interest at the beginning. Our first wrap that I used was a Moby. Then it all began to be about how the wrap was woven and what fibers were used, how thick the material was and how much support it gave to me and my little one, and all the different styles they had to offer. After I began wearing my daughter more often, I grew to understand that babywearing gave me the feeling of not only being her father but also her protector. I really became one with her, as if she was me and I was her. The best feeling ever is having her fall asleep while wearing her. It was also cool to have a way of calming her, as the mother is able to do with breastfeeding. Babywearing has become our true bonding experience.”

What Raphaél’s wife, Katy, says about his babywearing journey: “I am so happy my husband babywears! Watching him carefully wrap our daughter and wear her with pride gives me an incredible feeling of love. Babywearing creates a special bond between my husband and our daughter that grows stronger every time he wraps her.” 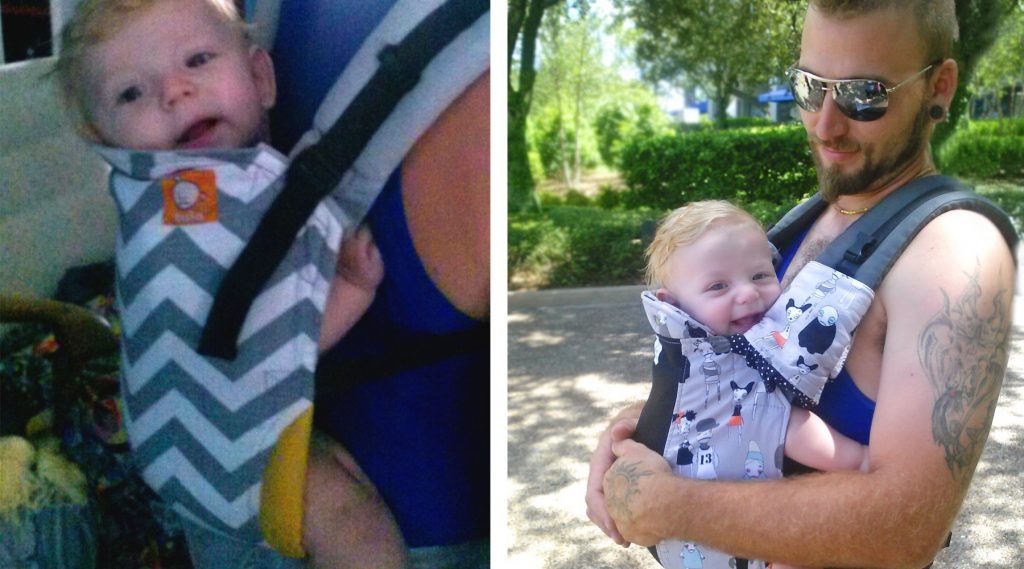 His Thoughts on Babywearing: “I like being able to hold my kid, but still have my hands free to do other things . . . it’s really convenient.”

What Matt’s wife, Rebecca, has to say about his babywearing journey: “He started wearing about 5 years ago with our daughter in a ring sling because she had severe colic and it was the only way to calm her. Now with our son, he just loves being held constantly. We travel a lot and Matt always loved the convenience of holding the baby but being hands-free, so he was really drawn to the Tula and Kinderpack. Once we got them he messed around with them for a few minutes and figured out how they work — now they’re his go-to carriers.”

Does the dad in your life babywear? Tag us on social media and we’ll share your posts! 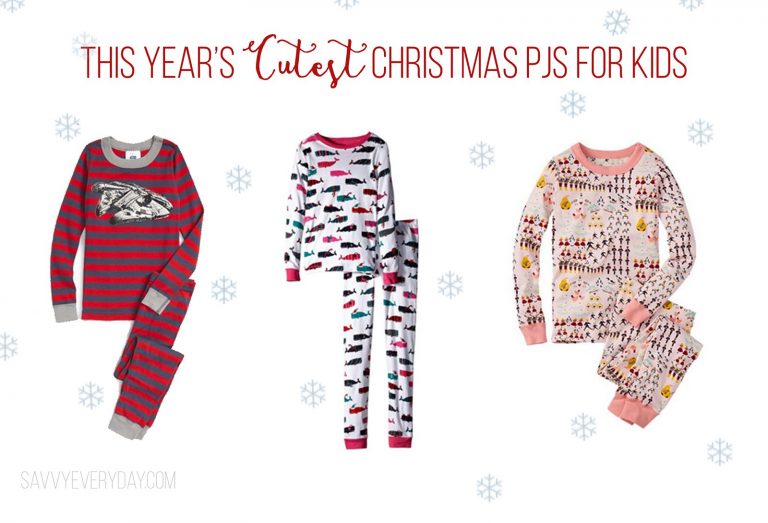 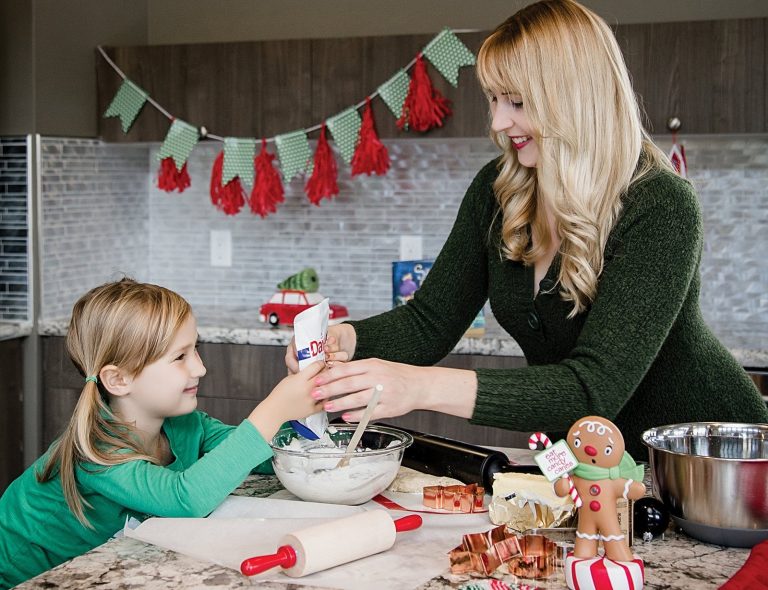 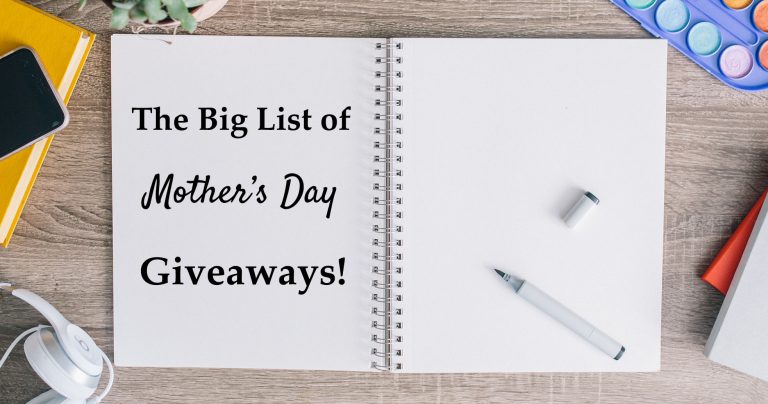 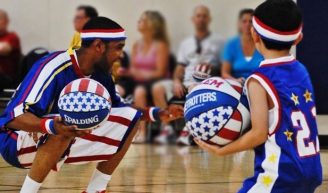 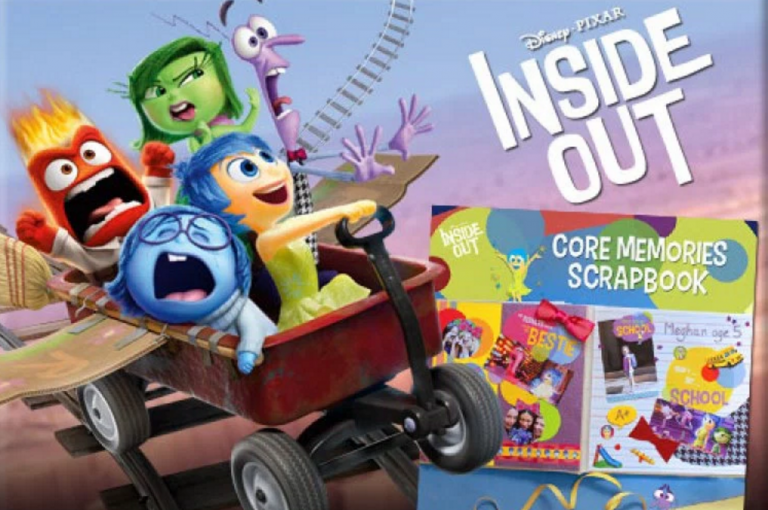 This website uses cookies to improve your experience while you navigate through the website. Out of these cookies, the cookies that are categorized as necessary are stored on your browser as they are essential for the working of basic functionalities of the website. We also use third-party cookies that help us analyze and understand how you use this website. These cookies will be stored in your browser only with your consent. You also have the option to opt-out of these cookies. But opting out of some of these cookies may have an effect on your browsing experience.
Necessary Always Enabled
Necessary cookies are absolutely essential for the website to function properly. This category only includes cookies that ensures basic functionalities and security features of the website. These cookies do not store any personal information.
Non-necessary
Any cookies that may not be particularly necessary for the website to function and is used specifically to collect user personal data via analytics, ads, other embedded contents are termed as non-necessary cookies. It is mandatory to procure user consent prior to running these cookies on your website.
SAVE & ACCEPT
3K Shares
Tweet
Pin33
Share3K