Somewhere after their first birthday little ones change . . . into toddlers. Sometimes the change is gradual, where you may notice new skills or additions to her personality. But parents don’t always get these warning signs and next thing you know you’re sweet cuddly baby has turned into an independent, physically demanding toddler. She’s still your little girl, but now there’s a whole new way to communicate with her to avoid meltdowns, and she’s more whiny and bossy than all about her parents and giving them hugs to say, “I love you.” Toddlerhood is stressful for both child and parent, but there are a few ways to navigate this time without having a meltdown of your own. Read through these handy tips and try them out. If you have more to add, comment below to share your own tips!

Whether you’re saying that you’re going to buy your daughter a unicorn or that you’re disappointed in her and want her to stop whining, raising your voice has the same effect. Instead of hearing your message, your child is only hearing your tone, and your tone is telling her that you don’t like her. As your child, this is the most hurtful thing you could do. It breaks the trust kids should be able to have in their parents, that they’ll always be there for them, and if you’re a constant yeller it could lead to your child feeling like they’re a failure and unwanted, like you won’t always be there for them. Instead if yelling, keep a calm voice and be sure that you are fully communicating with clear direction. As veteran communicators parents often don’t realize how incomplete adult communication can be, especially to a little one still learning. Encourage your child to use her words, too, and reword that positive behavior with attention and listening.

2. Do Repeat and Communicate

In The Happiest Toddler on the Block, Dr. Harvey Karp shares that repeating what your child says to you before giving your answer lets her know that she’s being heard (which will cut down on the repeating things 5 times to you phase, hopefully), and alerts her to listen to your communication for the answer. If you just say, “I told you no,” it doesn’t sound like you’re really listening to her. He also suggests imitating your child when they whine or complain to get their attention (not to make fun of them) while repeating what they said before your response. This actually works!

It’s been a long day and all you need is a minute without listening to whining or demands for several different things at the same time. So when your daughter whines that she wants lemonade just before bed you’re at the point where you may either snap at her or just give in. There isn’t a parent who hasn’t been here. But this can turn into a more frequent way to communicate, where she whines and you use a bribe of some sort to pacify her so you can get things done. Instead, try teaching patience by asking your child to be patient or do something while you’re finishing your phone call or project. Let her know that when you’re done she can have a reward for listening and being patient. A bribe is very different from a reward, so it’s important to understand the distinction.

Toddlers are learning that they are a separate person from mom, with their own body. As they begin discovering what it means to be their own person (and this is a journey that will never end after this point), toddlers need a sense of independence and value. Rather than telling your child what to do or what to wear, offer two choices that you have picked out and let them choose between the two. This allows both of you to feel in control, and keeps the peace.

For situations where you can’t offer two choice because you need to go somewhere but your child doesn’t want to go it’s better to set the expectation in advance by preparing your child, “After school today we’re stopping by the grocery store to get (insert important mommy item here). If you’re good in the grocery store (don’t expect perfect, but not running off or playing hide and seek would be ideal) we can either go to the park fro 10 minutes, or go home and have playtime together. What do you want to do after the grocery store later?” By telling your child in advance what’s happening you’re treating her like an important and involved person and setting expectations for the day so that they aren’t expecting to just go to the park and then find out they have to go to the grocery store instead. No one likes waiting for something to find out plans have changed. Rewarding your child for tough outings with kiddo time is also a great way to balance things out.

Toddlers have short attention spans at times, but they aren’t stupid. If you are arguing with your child over which shirt to wear and then say, “Oh look, an airplane!” It isn’t going to make things better. But, keeping your child’s intelligence and interests in mind, distraction can be a very powerful tool. Similar to yelling, saying “no” is best kept at a minimum until your child is older. You may remember this from the baby years, when saying a stern “no” or shouting “no!” as your baby crawls over to grandma’s trinkets and then realize that you’ve made your curious baby cry by reacting in the wrong way. Keep a calm, steady voice, and move slowly (similar to when dealing with an easily upset animal) when approaching a child in a potentially dangerous situation. The faster you move and more you yell, the more panicked your child will be and could hurt themselves.

Instead of saying “no” all the time, show your child something they’re interested in and redirect her. She can’t hit the TV screen, but oh look, it’s your favorite toy and it has new batteries in it! Kids learn what to touch on their own from this, so redirection is extremely helpful both around the house and out and about (especially the car where a ton of breakdowns happen). Keep music ready to start a dance party or act goofy to make your child laugh. If you sense the redirection isn’t working try redirecting to something else. 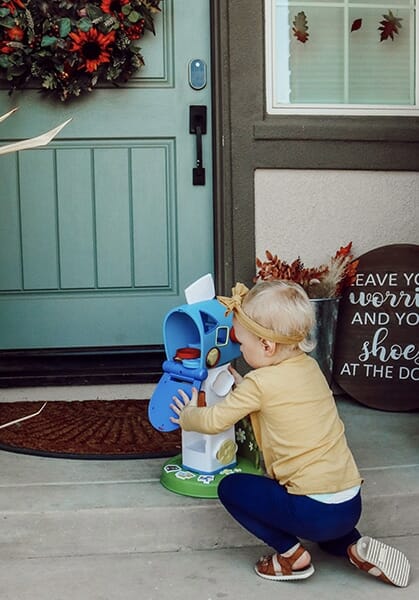 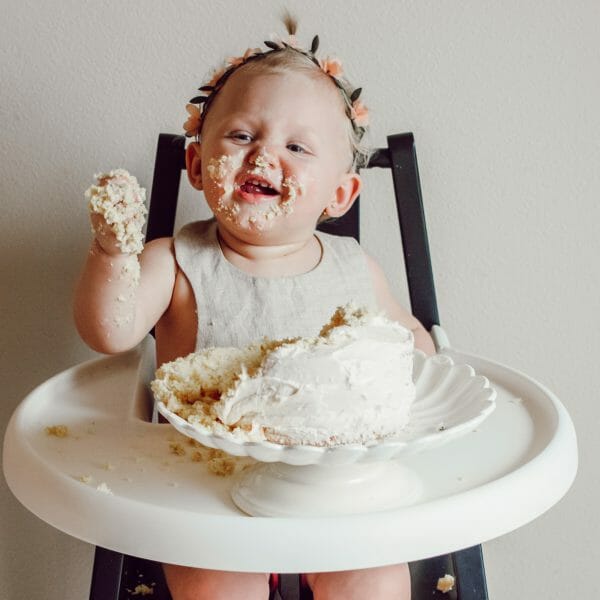